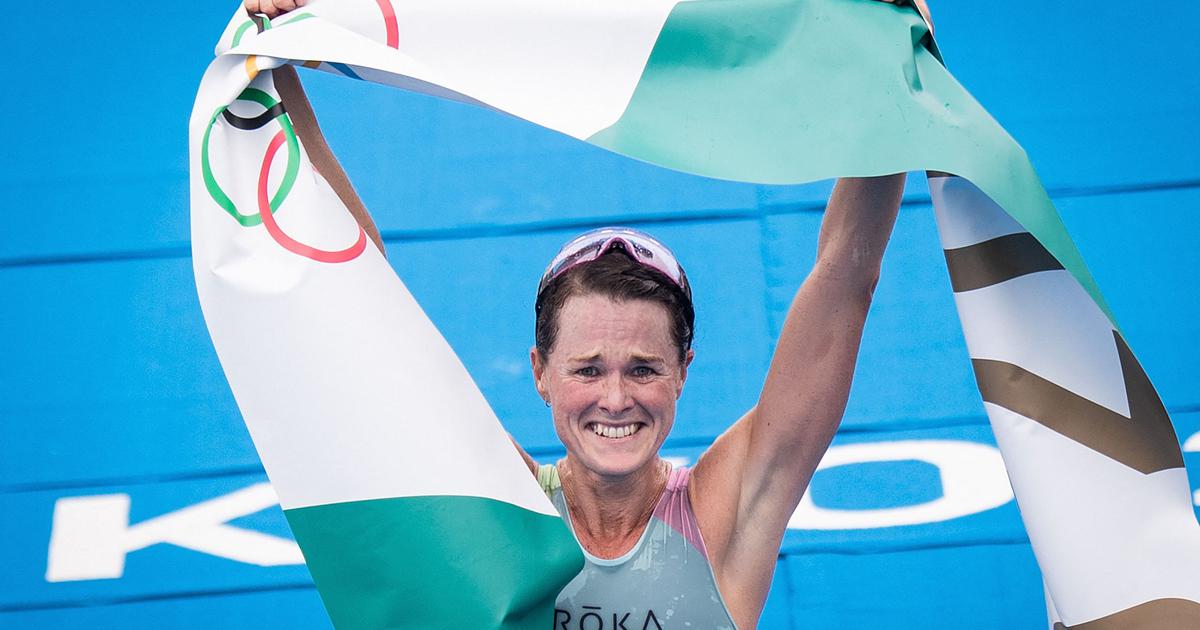 Triathlete Flora Duffy revelled in a “cool moment” after delivering the first Olympic gold medal in history for the tiny island of Bermuda in Tokyo on Tuesday.

The 33-year-old crossed the line in the women’s race in 1hr 55min 36sec, more than a minute ahead of Britain’s Georgia Taylor-Brown, with US athlete Katie Zaferes taking bronze.

Duffy’s success makes Bermuda the smallest nation or territory in terms of population – around 70,000 – ever to win a gold medal at a Summer Games.

“I have achieved my dream of winning a gold medal, but also winning Bermuda’s first gold medal,” she said.

“It’s bigger than me and that’s a really cool moment. That was the longest kilometre of my life (the final one of the run).

“I think I can get used to being called Olympic champion for the rest of my life.”

Bermuda’s only previous Olympic medallist was boxer Clarence Hill, who won a bronze in 1976.

For Duffy it was a welcome reward after persistent injuries and a diagnosis of anaemia in 2013.

She quit the sport after failing to finish the event at the 2008 Beijing Games and started working in a shop before studying for a degree and returning to the sport.

In a race delayed by 15 minutes because of slippery conditions following heavy overnight rain in the Japanese capital, Duffy took control in the final running section.

She had opened up a lead of almost a minute after the first of four laps and was never under threat from then on.

The broad grin she sported entering the finishing straight gave way to tears at the realisation of what she had achieved as she crossed the line.

“I tried to just keep my composure and not allow my mind to drift to the fact that this was really happening until about the last kilometre of the run,” said Duffy.

“I saw my husband, he’s my coach, on the side of the road, and just gave him a little smile.

“From there I just sort of allowed all the emotions to come but I truly don’t think it’ll hit me until a couple of days from now.”

Taylor-Brown suffered the intense frustration of a flat rear tyre in the cycling section of the race, leaving her 22 seconds behind the leading quartet going into the running section but she quickly made up the lost ground.

“I decided not to stop and change my wheel. I just tried to see what could have happened as I had already lost time, but only 15 seconds so it wasn’t all too bad.

“Then I just went really fast on the third lap of the run. I suffered after that but it paid off.”

It was an emotional moment for Zaferes, whose father, Bill, died suddely in April.

He was responsible for her taking up the sport after persuading her to compete with him in a Father’s Day Triathlon in 2007.

“We saw a rainbow during the race and I thought ‘hey dad’,” she said. “I mean, everything came together for me. I know I didn’t win but it feels like it.”

Ahead of Copa America final, a look at key stats and best matches