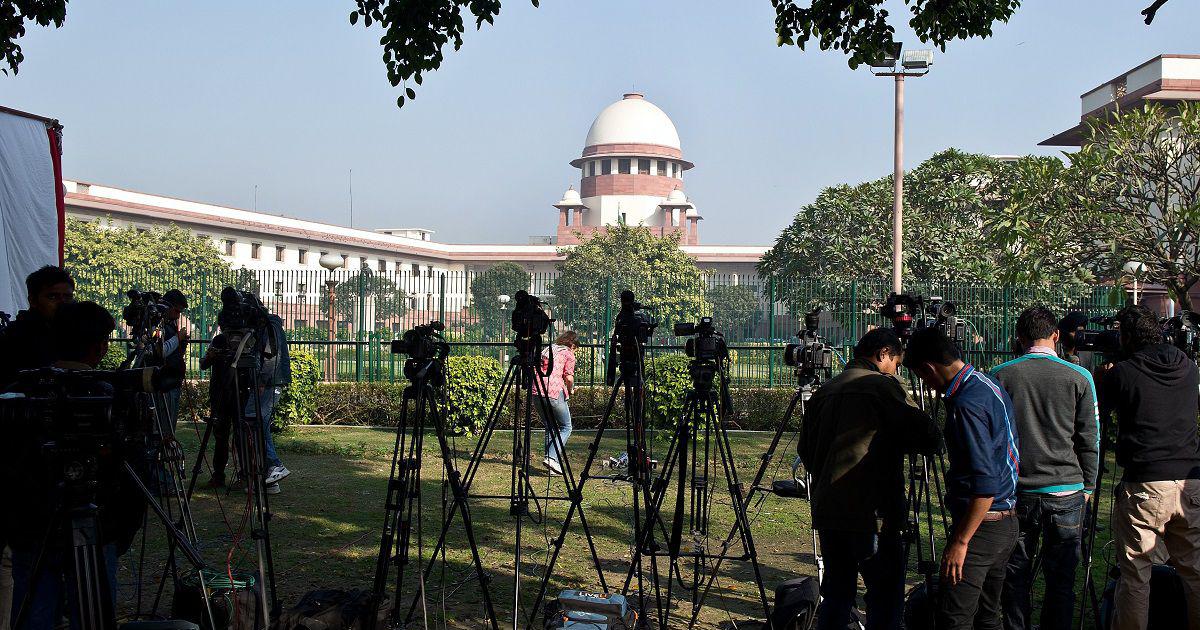 The court made the observation while hearing a batch of petitions seeking an investigation into the surveillance allegations.

The petitions have been filed by the Editors Guild of India, former editor of The Hindu N Ram and Asian College of Journalism Chairperson Sashi Kumar, Rajya Sabha MP John Brittas and advocate ML Sharma.

The bench, headed by Chief Justice of India NV Ramana, directed the petitioners’ lawyers to serve a copy of their pleas to the Centre. The matter will be heard next on Tuesday and the Centre has to be at the hearing, NDTV reported.

The alleged misuse of Pegasus came to light in July when Paris-based media nonprofit Forbidden Stories and Amnesty International accessed a database featuring more than 50,000 phone numbers “concentrated in countries known to engage in surveillance of their citizens”.

They shared the list with Indian news website The Wire and 16 other media organisations as part of the Pegasus Project. The media organisations found that heads of states, activists and journalists across the world were part of the database which reflected potential targets of surveillance using Pegasus. The military-grade spyware is only licensed to vetted governments.

The revelations have triggered a huge political row in India, with the Opposition heavily criticising the government during the Monsoon Session of Parliament and demanding an inquiry into the matter.

While hearing petitions seeking an investigation into the surveillance accusations, the Supreme Court said the truth had to come out, Live Law reported. However, the judges sought to know why the petitioners did not file a criminal complaint if they believed their phones were hacked.

Senior Advocate Arvind Datar, who represented Singh and Shatakshi, told the court that under Section 43 of the Information Technology Act, a person can only file a suit for damages, Live Law reported.

“The criminal provision in IT Act Section 66E refers to infringement of privacy in relation to bodily parts,” he added. “That is not applicable here. Therefore, there is no provision for filing FIR.”

The court also asked why the petitions were filed now, when the Pegasus matter came to light in 2019 itself.

The Supreme Court was referring to messaging platform WhatsApp’s revelation in 2019 that Indian journalists and human rights activists were targets of surveillance through the use of Pegasus. However, their identities were not disclosed.

At that time, WhatsApp had filed a lawsuit against NSO Group, the developer of the software. The NSO Group allegedly developed the malware to gain access to messages and other communications after they were decrypted on the devices of those targeted. This also allowed hackers to bypass WhatsApp’s encryption.

Senior advocate Kapil Sibal, appearing for Ram and Kumar, said that in 2019, the extent of the surveillance was unclear, Bar and Bench reported. “We only got to know from Washington Post and other media agencies. How do we file this petition?”

The advocate described Pegasus as a “rogue technology” that infiltrates people’s lives without their knowledge, according to Bar and Bench. “All that it requires is a phone and it enters into our lives,” he said. “It’s an assault on privacy, human dignity and value of our human republic. It penetrates into our national internet backbone.”

Sibal questioned the Centre’s silence on the matter. “If the Central government said this is happening, why did they not lodge an FIR? he asked. Why has the Government of India kept quiet? This is about Indians’ privacy and safety. This technology cannot be used in India if not purchased by government.”

Senior Advocate Rakesh Dwivedi, who represented Abdi and Jha, said the matter was not just about criminality but constitutionality.

“I understand tapping phones of terrorists, etc, but ordinary people’s phones cannot be compromised,” he said, according to Bar and Bench. “This is an issue that involves constitutionality and not only criminality. Whether the Centre has used Pegasus needs to be answered. Centre should have replied on its own.”