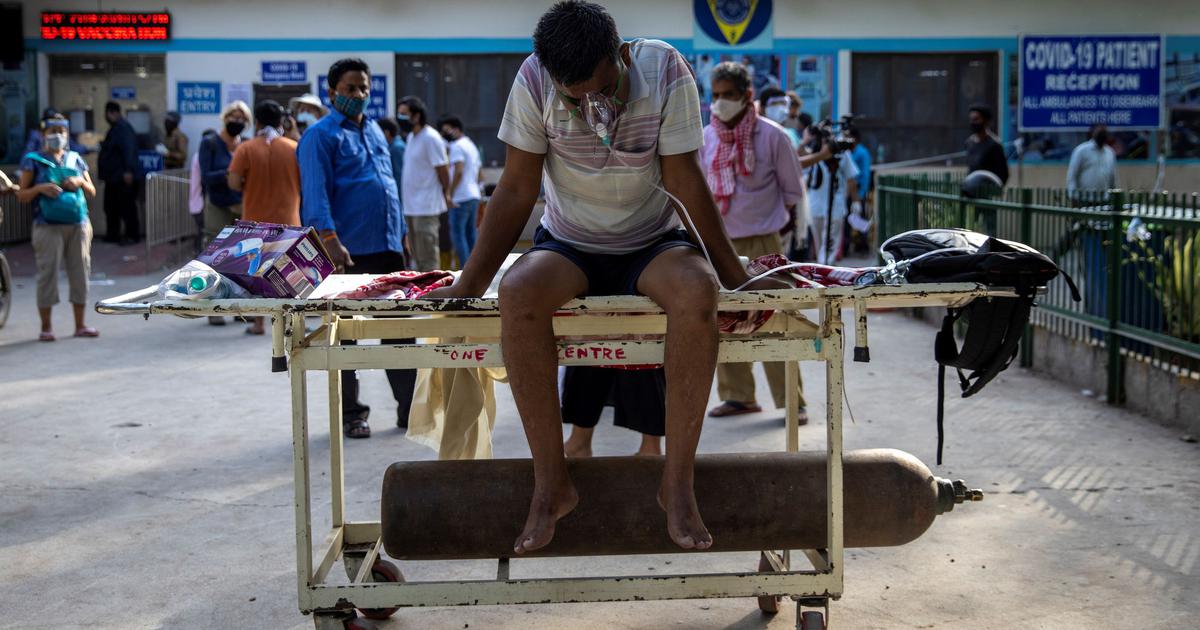 All India Institute Of Medical Science chief Dr Randeep Guleria on Saturday said it would not be accurate to conclude that the Delhi government had exaggerated its oxygen demand during the peak of the second wave of the Covid-19 crisis, reported NDTV.

The Aam Aadmi Party-led Delhi government and the Bharatiya Janata Party were at loggerheads on Friday over an interim report prepared by a Supreme Court-appointed oxygen audit panel led by Guleria. Delhi Deputy Chief Minister and senior AAP leader Manish Sisodia had accused the BJP of lying about the existence of the report. The AAP pointed out that the report had neither been approved nor signed by the expert committee.

“Delhi oxygen audit is an interim report,” Guleria told the news channel on Saturday. “We should wait for the final report.”

The AIIMS director was specifically asked about the portion in the interim report that had reportedly noted that the Delhi government’s oxygen demand had been inflated, if an established central government formula was to be considered. To this, Guleria answered saying: “I don’t think we could say that”.

The AIIMS chief also said that the matter was under review of the Supreme Court. “We need to wait and see what the top court says about it,” Guleria added, according to NDTV. “Undercounting of active cases and other factors need to be considered.” The Centre has submitted the interim report to the top court in an affidavit in a case related to oxygen allocation.

Amid the controversy, Delhi Chief Minister Arvind Kejriwal on Saturday stressed on the need to stop arguing about the report and work towards preventing an oxygen crisis in a possible third wave of the pandemic.

“If your fight over oxygen is over, lets do some work?” he tweeted. “Let’s make such a system together that no one lacks oxygen in the third wave. In the second wave, people suffered a severe shortage of oxygen.”

Kejriwal added: “If we fight amongst ourselves then Covid-19 will win. If we fight together, the country will win.”

What the ‘interim report’ says

The report claimed there was a “gross discrepancy” in the oxygen consumption of 1,140 metric tonnes as claimed by the Delhi government between April 25 and May 10. The demand was four times more than the “calculated consumption” of 289 metric tonnes as per the “formula based on bed capacity”, The Times of India quoted from the said report.

On April 30, as many as 12 patients, including a senior doctor, had died at Batra Hospital due to oxygen shortage. On April 24, at least 20 coronavirus patients in Delhi died after the hospital treating them ran out of oxygen.

While hearing a case on allocation of oxygen, the Supreme Court on May 7, warned the Centre that it will be compelled to take action if authorities do not provide 700 metric tonnes of medical oxygen to Delhi every day to help the city meet its demands to treat Covid-19 patients.

However, in the course of hearing the same matter, a bench of Justices DY Chandrachud and MR Shah set up a panel comprising of Guleria, Max Healthcare Director Sandeep Buddhiraja and Delhi Principal Home Secretary Bhupinder Bhalla, among others, to carry out an audit of the supply, distribution and utilisation of oxygen supply in the national capital.

The interim report is said to be drafted by this panel.