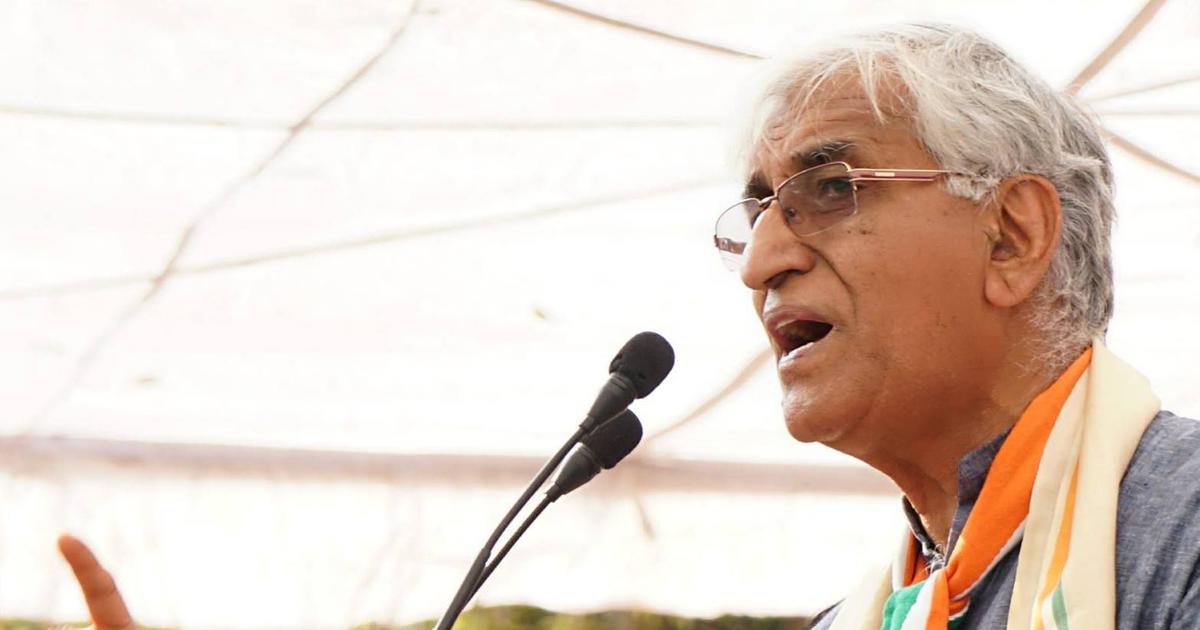 The Chhattisgarh unit of the Congress on Tuesday night issued a notice to party MLA Brihaspat Singh after he accused Health Minister TS Singh Deo of trying to kill him following an attack on his convoy, reported PTI.

At a press conference on Sunday, Singh, accompanied by 20 Congress MLAs, had also demanded Deo’s removal from the Cabinet. In response, Deo had said that he will not attend the Assembly proceedings until the Congress government clears the allegations levelled against him.

The police have named the minister’s relative, Sachin Singh Deo, in a first information report they filed in connection with the attack on Singh’s convoy on Saturday. The MLA’s convoy was passing through Ambikapur city on Saturday evening when the accused, upset about being overtaken, reportedly stopped an escort vehicle, broke its windshield and hurled abuses at a security officer, according to NDTV.

In his notice on Tuesday, Acting General Secretary (administration) of the Chhattisgarh Pradesh Congress Committee Ravi Ghosh sought a written clarification from Singh on his allegations against Deo within 24 hours.

“I believe that you [Brihaspat Singh] should have kept such things in the party forum as during the aforementioned incident party’s state in-charge PL Punia, co-incharge Chandan Yadav and Saptgiri Ulka were present in Chhattisgarh,” the notice said. “Your act has maligned the party’s image.”

Punia told ANI that the matter will be resolved by Wednesday. “MLA Brihaspati Singh claimed that TS Singh Deo wanted to kill him,” Punia said. “But he did not say this before the inspector general of police, state home minister or Chief Minister Bhupesh Baghel.”

Meanwhile, several district-level office-bearers of the party from the Surguja division, which is considered one of Deo’s bastions, have demanded disciplinary action against Singh.

The opposition Bharatiya Janata Party has said the tussle indicates a “constitutional crisis” within the state unit of the party and has sought an investigation into the matter by a committee of the members of the Assembly.

On Sunday, Singh had also alleged that the attack on his convoy was orchestrated by the health minister because he had praised Baghel and said that he would retain his post for the next 25 years.

Deo, responsible for the Congress’s victory in the 2018 Assembly polls, was a contender for the chief minister’s post. Responding to the allegations, Deo on Sunday said that the Balrampur MLA’s remarks could be an emotional outburst.

The crisis in Chhattisgarh came days after the Congress sorted out a squabble between Punjab Chief Minister Amarinder Singh and his former Cabinet colleague Navjot Singh Sidhu. On July 18, the All India Congress Committee elevated Sidhu as state party chief along with four working presidents.

The Congress is also trying to resolve factionalism in Rajasthan, amid the standoff between Congress MLAs from the rival camps of Chief Minister Ashok Gehlot and his former deputy Sachin Pilot. A Cabinet expansion is expected by the second week of August.

In the global race to net-zero emissions, finishing just is more important than finishing first

Delhi, UP extend lockdown till May 17