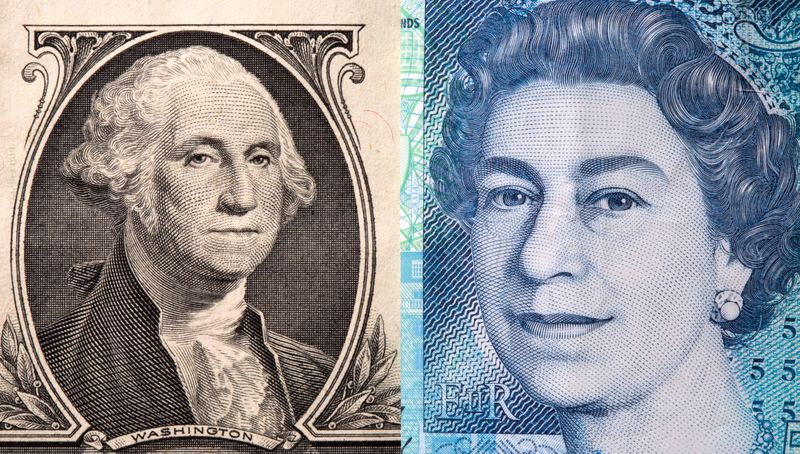 © Reuters. FILE PHOTO: U.S. one dollar and British five pound are seen in this illustration taken May 7, 2021. REUTERS/Dado Ruvic/Illustration

LONDON (Reuters) – Currency markets still showed signs of risk aversion on Wednesday after global markets were spooked earlier in the week by surging COVID-19 infections, with the safe-haven dollar rising to its highest since early April.

The Delta variant of coronavirus has replaced inflation as investors’ primary source of concern this week, prompting global stocks to drop sharply on Monday.

The dollar held firm during the Asian session but rose as European markets opened. Versus a basket of currencies, the dollar was up 0.2% at 93.166 at 0718 GMT, its highest in 3.5 months.

Lignos said she expected the fears around the Delta variant to fade as vaccine take-up rises, unless a new more infectious variant of the virus emerges.

The Australian dollar, which is seen as a liquid proxy for risk appetite, fell to its lowest since November 2020, down 0.5% on the day at $0.72905, while the New Zealand dollar was also close to eight-month lows.

Australia’s two largest states reported sharp increases in new COVID-19 cases on Wednesday, a blow to hopes that lockdown restrictions would be lifted as more than half the country’s population was subject to stay-at-home orders.

Analysts cited a stand-off between Britain and the European Union as a risk factor for sterling. Prime Minister Boris Johnson said that his government would outline its approach on the Northern Ireland Protocol to Britain’s parliament on Wednesday. COVID-19 cases in Britain are also surging.

The euro was up 0.3% versus the commodity-dependent Norwegian crown, with the pair changing hands at 10.6388. The pair spiked to 10.7038 in the previous session – a seven-month low for the Norwegian crown.

“Generally, we see the recent dip in cyclical FX as a correction rather than a more pronounced trend and look for a recovery in higher beta currencies backed by hawkish central banks later this summer,” wrote ING strategists in a note to clients.

In a quiet day for economic data, currency markets are looking ahead to the European Central Bank (ECB) meeting on Thursday. A dovish tone is expected after ECB President Christine Lagarde foreshadowed a guidance tweak during an interview last week.

The ECB announced a new strategy which allows the bank to tolerate inflation above its 2% target, and Lagarde said policy guidance would be revisited to demonstrate the bank’s commitment to the new goal.

Dollar Up, But Gentle Pressure Remains Ahead of “Super Thursday” By Investing.com