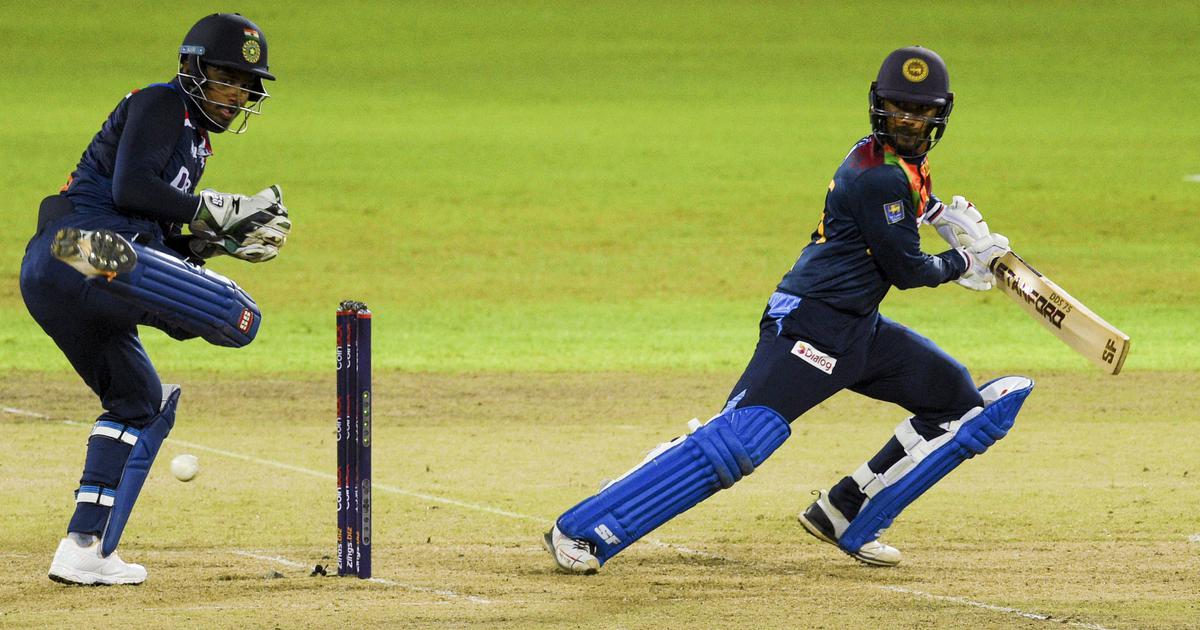 Chasing 133 for victory, Sri Lanka depended on an unbeaten 28-run seventh-wicket partnership between De Silva and Chamika Karunaratne, who made 12, to achieve their target with two balls to spare in Colombo.

De Silva kept his nerve in the 34-ball knock after Sri Lanka were in trouble at 105-6 and along with Karunaratne, who hit a timely six in the penultimate over, helped the hosts level the three-match series at 1-1.

“I always thought and knew it was about one big over. I decided to bat till the end. We held our nerves today,” said player of the match De Silva. “It is always tough against India.”

Sri Lankan bowlers led by Akila Dananjaya kept India down to 132-5 after the tourists fielded four debutants following virus positive Krunal Pandya and eight of his close contacts forced to sit out, which was postponed hours before the scheduled start on Tuesday.

Dananjaya, who bowls a subtle mix of finger spin and wrist spin, returned figures of 2/29 including the key wicket of skipper Shikhar Dhawan, bowled for 40.

The left-handed Dhawan put on a brisk 49-run opening stand with debutant Ruturaj Gaikwad (21) and carried on in the same vein with Devdutt Padikkal (29), also playing his first T20 on what seemed a sluggish pitch.

But Wanindu Hasaranga bowled the left-handed Padikkal in the 16th over with his leg-spin as India found it tough to push the run rate.

“I thought if we could contain them to a low total, we could chase it,” said skipper Dasun Shanaka.

Avishka Fernando was out early for 11 off pace bowler Bhuvneshwar Kumar in the Sri Lankan chase, but Minod Bhanuka hit a brisk 36.

Spinners Kuldeep Yadav and Varun Chakravarthy hurt the middle-order with key strikes including Shanaka for three before De Silva hit back and completed the win.

“I am very proud of the boys because we gave a very good fight,” Dawan said of his young team.

“That never dying attitude and taking the game to the last over while defending just 132, hats off to both bowlers and batters.”

The third and deciding T20 is on Thursday at the same venue.

All the matches are being held at the R Premadasa Stadium, without spectators as Sri Lanka battles a surge in pandemic cases.