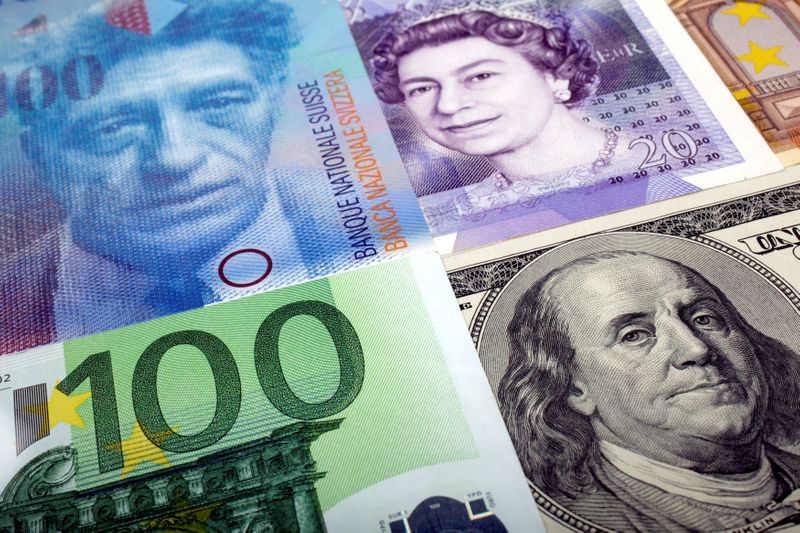 TOKYO (Reuters) – The dollar held firm on Friday, staying near its highest level in four months against a basket of currencies as investors looked for more hints from the Federal Reserve on its plans to reduce monetary stimulus.

The U.S. currency was underpinned by data, released on Thursday, showing U.S. producer prices posted their largest annual increase in more than a decade in the 12 months through July.

Although consumer price data published a day earlier indicated inflation may be peaking, the wholesale price data underscored the strength of inflationary pressure, helping the case for removing some of the Fed’s stimulus.

The euro eased slightly to $1.1732, on course for a second straight week of losses and staying not far from the four-month low of $1.1706 hit on Wednesday.

Sterling was on the defensive at $1.3815 after hitting a two-week low of $1.3794 in the previous session, drawing little help from slightly stronger-than-expected GDP estimate for June. [GBP/]

Several Fed officials this week came out in support of tapering bond buying in coming months, setting themselves apart from other, more dovish major central banks such as the European Central Bank and the Bank of Japan.

While many market players suspect Fed Chair Jerome Powell is more dovish than some other board members, especially more hawkish regional Fed chiefs, a tapering announcement by the end of the year is seen as near certainty.

Thursday’s weekly data showed the number of Americans filing claims for unemployment benefits fell again last week as the economic recovery from the COVID-19 pandemic continued, despite concerns about the Delta variant of the virus.

“The focus is shifting to the employment from inflation. While we still need to monitor the impact of Delta variant, if we have a strong payroll growth for the next few months, then there should be a tapering announcement from the Fed,” said Naoya Oshikubo, senior economist at Sumitomo Mitsui (NYSE:) Trust Asset Management.

Some investors think the Fed could signal timings on tapering as early as at a meeting of central bankers in Jackson Hole, Wyoming, on Aug. 26-28, though many others expect the Fed to take a slower approach.

“When they start doing it, it will be very small amounts. They want to make sure that they’re not going to disrupt the markets, particularly the mortgage markets where they’ve been buying a lot of assets,” he added.

Easing oil prices put some pressure on commodity-linked currencies as the International Energy Agency (IEA) said the spread of the Delta variant of the coronavirus would slow the recovery of global oil demand.