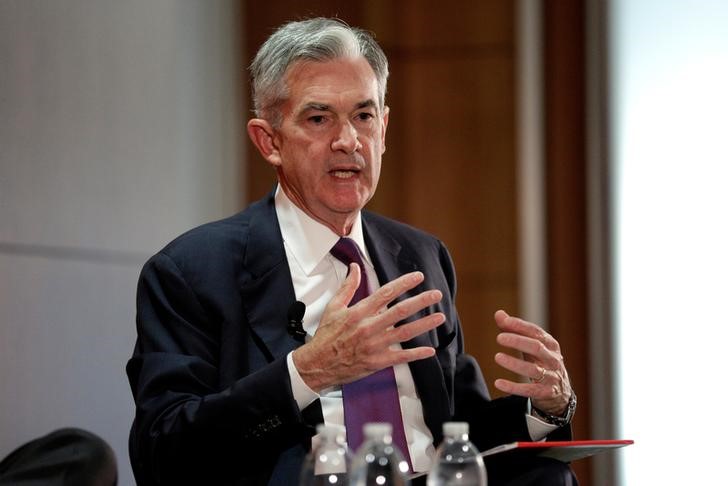 Investing.com – The dollar remained sluggish Tuesday as Federal Reserve Jerome Powell downplayed concerns about inflation and delivered an upbeat outlook on the labor market in testimony to U.S. lawmakers.

The , which measures the greenback against a trade-weighted basket of six major currencies, fell 0.21% to 91.69.

Powell didn’t give much away in testimony, largely sticking with same view he expressed during his post-Fed meeting conference last week.

“[P]erhaps all of the overshoot in inflation comes from categories such as rising used car and trucks, airplane tickets, hotel prices that have been affected by the reopening of the economy,” Powell said, in response to questioning from lawmakers on whether inflation is transitory. These factors “will ultimately start to decline,” he added.

“[W]hile these effects have turned out to be larger than we expected, the incoming data are consistent with the view that these factors will wane over time,” he added.

The labor shortage, meanwhile, has been driven by temporary factors including schools that remain closed, fears over the virus, and unemployment insurance. But these factors will ultimately wane, driving up job gains in the coming weeks, Powell said.

“Labor demand is remarkably strong, and overtime we will find ourselves with low unemployment and wages going up across the spectrum,” he added.

The comments didn’t shed further light on whether the Fed is likely to taper its bond purchases sooner than later.

In recent weeks, many have speculated that early Fed tightening could spark a divergence in policy between the U.S. central bank and other central banks including the European Central Bank that could create a long runway for U.S. rates to move higher, potentially boosting the dollar.

Noting the monetary policy divergency in 2013, when the Fed starting tightening policy by announcement plans to taper bond purchases, Morgan Stanley (NYSE:) believes the gap between US-Rest of World monetary policy is likely to narrow this time not widen.

“[F]oreign central banks are unlikely to be actively easing further from here and if anything are more likely to normalize,” Morgan Stanley said.