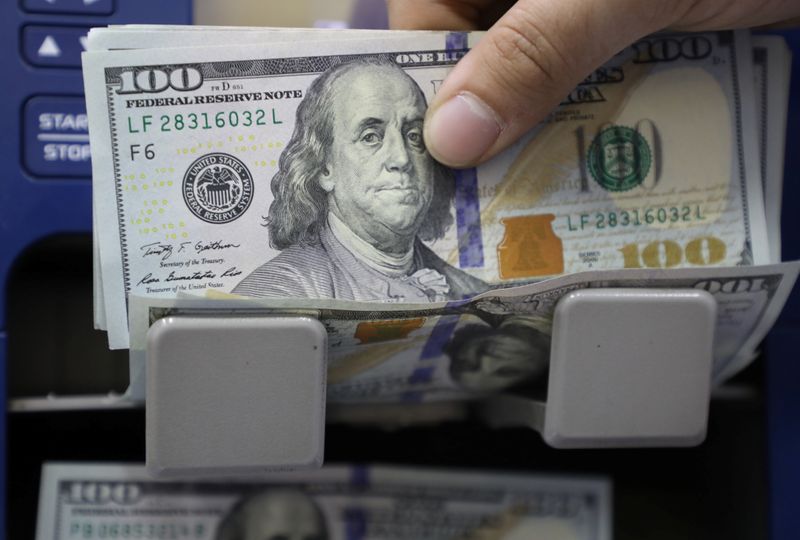 LONDON (Reuters) – The dollar held at a nine-month high versus the euro on Wednesday as major currencies marked time before the release of the Fed’s July minutes, with the the big mover overnight after its central bank kept interest rates unexpectedly on hold.

Analysts attributed the kiwi’s bounce to the hawkish outlook from policymakers. RBNZ projections showed policymakers still expected to raise rates over coming months, with the cash rate seen at 0.50% by the end of the year, 1.5% by mid next year and over 2% by end of 2023.

Sterling and the commodity-exposed Australian and Canadian dollars all hovered near recent lows against the dollar as the market mood remained cautious. The held steady around 93.01, just below the one-week high it hit on Tuesday.

The dollar is being supported by the nervous risk environment,” said Moh Siong Sim, currency analyst at Bank of Singapore.

Elsewhere, the greenback failed to draw any sustained strength from Fed Chair’s Jerome Powell’s comments and mixed U.S. data with focus shifting towards the annual Jackson Hole symposium next week where some expect the Fed to signal a change in direction with regards to its asset purchase plans.