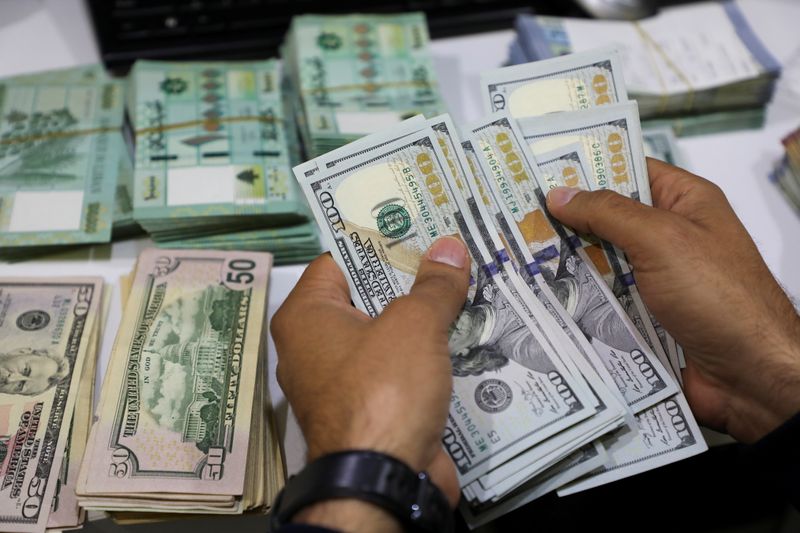 (Reuters) -The U.S. dollar rose to a nine-month high on Thursday as global markets went into a tailspin after minutes of the Federal Reserve’s last showed policymakers expect to reduce pandemic-era stimulus before the year is out.

The , which measures the U.S. currency’s performance against six rivals, extended gains in early London trading to rise 0.3% to its highest levels since Nov. 5, 2020, at 93.434.

According to the minutes of its July meeting, Fed officials largely expect to reduce their monthly bond buying later this year, but consensus on other key issues appeared elusive, including the start date and pace of the bond-buying and whether inflation, joblessness or the coronavirus pose a bigger risk to economic recovery.

The minutes pushed Wall Street’s main stock index down more than 1% and drove several currencies to multi-week lows against the safe-haven greenback. European markets stumbled at open and U.S. stock futures were pointing to a weaker start.

A reduction in debt purchases is widely considered positive for the U.S. dollar as it is expected to raise government bond yields, making it more attractive for investors to hold dollar-denominated assets.

“From that point of view, it comes as little surprise that the minutes did not provide much news in the end and the dollar only reacted very shortly. The market will presumably only receive more detailed news in September when the Fed publishes its new projections and dot plots.”

“Until then, it makes more sense to keep an eye on the current developments of the pandemic and economic data,” Praefcke added.

The focus for Fed watchers now is the annual Jackson Hole symposium in Wyoming, which runs from Aug. 26 to 28.

The Norwegian krone extended its fall against the euro after the country’s central bank kept interest rates on hold and reiterated that it expects to hike them in September. The krone was last down nearly 0.7% versus the euro at 10.49.