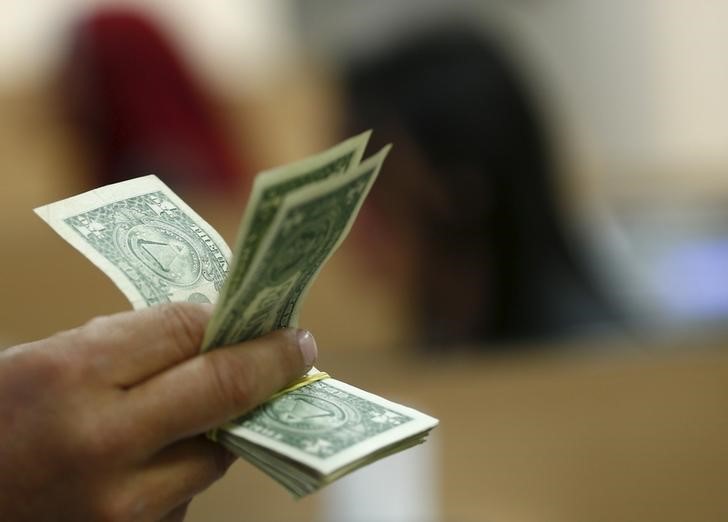 © Reuters. History Suggests a Dollar Rally in the Second Half, BofA Says

(Bloomberg) — The U.S. dollar is poised to rally even more strongly than Bank of America Corp (NYSE:) had expected in the second half, the firm said, citing “historically exceptional” market and economic conditions.

“Looking forward, history suggests a 6-12-month period of equity market softness alongside higher UST yields,” Randol wrote. These are “conditions that have the potential to weigh on risk assets more generally, in turn supporting USD.”

Bank of America isn’t alone in its prediction. Speculative positioning on the dollar turned positive for the first time since May in the week ended Aug. 3, approaching a late-March peak, according to Commodity Futures Trading Commission data. The greenback has gained against eight of its Group-of-10 peers so far this year, underperforming only the British pound and Canadian dollar.

The greenback extended its advance on Monday after U.S. data on Friday showed the biggest increase in employment in almost a year.

“As markets digest the increasingly-proximate reality of Fed policy recalibration, the potential for accompanying risk asset and commodity price ‘normalization’ could emerge as a separate driver of USD gains against cyclical FX,” Randol wrote. “This would cause USD to broadly rise against FX other than JPY and potentially CHF through end-year, conceivably sharply so.”