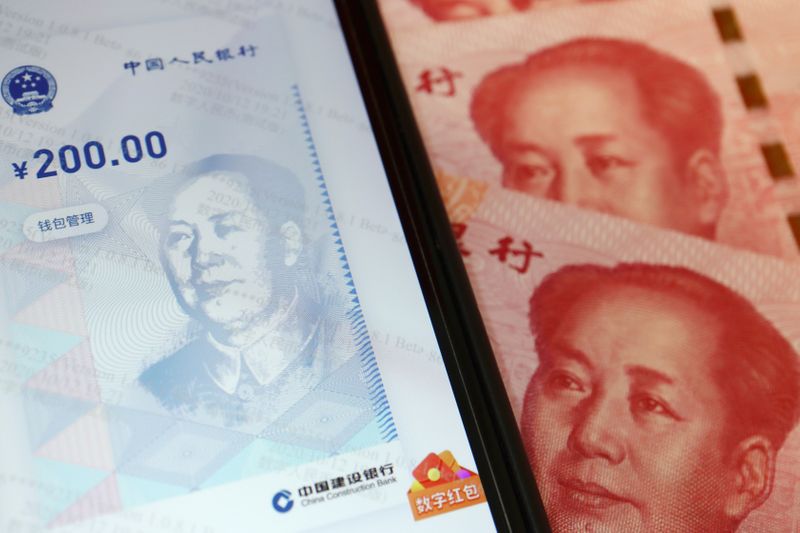 (Bloomberg) — Hong Kong is in talks with China to expand cross-border testing of the digital yuan after the first phase proceeded smoothly, another step toward wider adoption of the currency.

The Hong Kong Monetary Authority recently conducted tests with the Digital Currency Institute of the People’s Bank of China, involving a bank designated by the mainland authority, as well as merchants and bank staff, the HKMA said in an e-mailed response to questions.

“We have tested the use of the related app, system connectivity and certain use cases such as cross-boundary purchases,” it said. “We are discussing and collaborating with the PBOC on the next phase of technical testing, including the feasibility of broadening and deepening the use of e-CNY for cross-boundary payments.”

How China Is Closing In on Its Own Digital Currency: QuickTake

The PBOC is well ahead of other major central banks in developing its own digital currency, seeking to replace cash and maintain control over a payments landscape that has become increasingly dominated by technology companies not regulated like banks.

China has been expanding trials in major cities like Shenzhen, with wider adoption planned for the Winter Olympics in Beijing next year. Cross-border use of the digital yuan would be an important step toward global adoption of the currency for financial transactions.

PBOC officials confirmed in April the central bank had conducted the cross-border tests with the HKMA.

The use of the digital yuan in Hong Kong could lead to a much faster and cheaper cross-border payment and clearing process, consultancy Oliver Wyman said in a report released Wednesday. It estimated that costs related to cross-border payments in the city are about $20 billion to $40 billion per year, the equivalent of as much as 11% of the city’s gross domestic product in 2020.

“If the payment infrastructure underpinning e-CNY were to roll out for cross-border payments at scale, we believe it can address a substantial portion of this cost base,” said Michael Ho, principal of financial services at Oliver Wyman and co-author of the report.

China could promote the digital yuan’s overseas use starting with the Greater Bay Area, a massive urban cluster that includes Hong Kong, Shenzhen and Macau, the consultancy wrote in the report. It could also potentially use the digital yuan to settle oil contracts, given its growing influence as an oil buyer, and create an “e-CNY bubble” among countries involved in the Belt and Road Initiative, it said.

Dollar Up, but Inflation Set to Remain “Big Theme” Over Next Few Months By Investing.com

Euro Attempts to Steady After Hit From ECB’s New Dovish Guidance By Investing.com