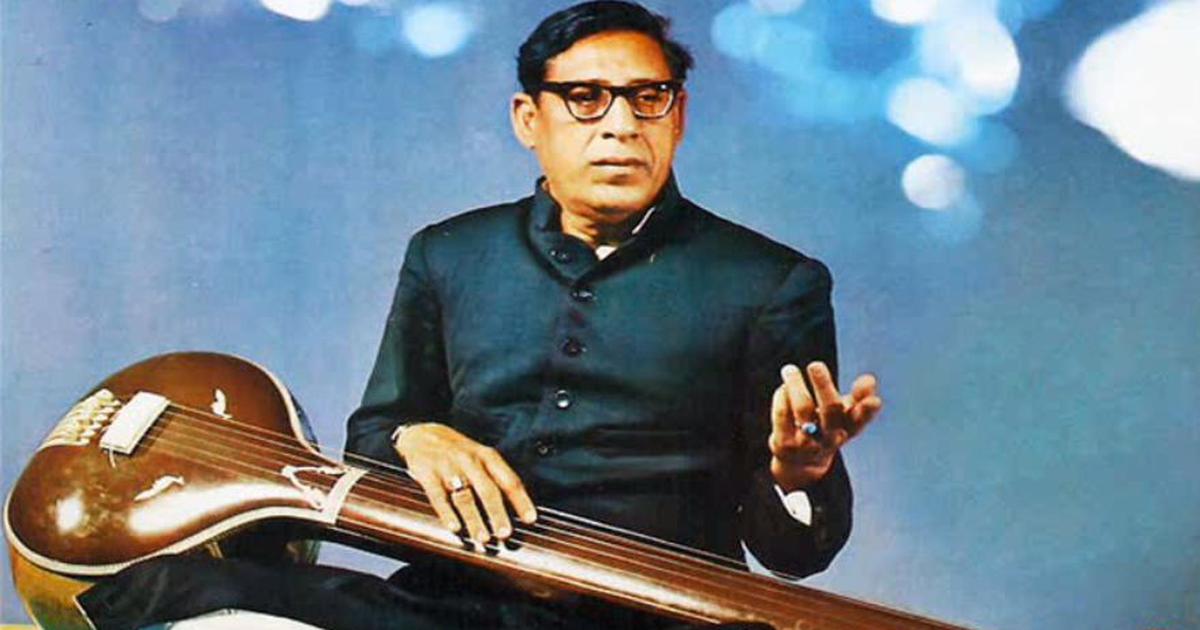 One of the many outcomes of the Indian interaction with Europe during the colonial period was the acceptance of mechanical and electrical devices that were related to music. This in turn impacted the framework within which traditional Indian music was practised, heard and disseminated. We have on several occasions over the past few years heard how musicians tailored their performances to meet the requirements of the new 78 rpm recordings ushered in at the beginning of the twentieth century.

Similarly, metronomes – mechanical devices that produced a steady click that musicians used to keep time – also made their way into the Indian musical firmament, although perhaps, not to the extent that gramophone players and records became an integral part of the Indian musical reality. There are no documentary reports of whether metronomes were used by musicians during their practice sessions of various kinds of Indian music.

But anecdotal evidence seems to suggest that some Hindustani musicians did use the metronome in later decades to achieve greater control over the rhythmic aspect. However, it was never used by composers to demarcate their choice of time for Hindustani compositions.

Today, beats per minute or BPM for short is a phrase that is understood even by non-musicians, thanks to computer software making such terms accessible even to the uninitiated. The term refers to the number of beats that are counted in the span of a single minute. The number of beats in a minute determines the tempo.

In Western music parlance, the range of beats are divided into several types of tempi, each with a different name such as lento, moderato or allegro. Notably, there is a range of BPM that defines a single tempo. In other words, there is a certain leeway for the description of a specific tempo, and yet, tempo is determined in absolute terms by associating it with specific number of beats counted in a single minute.

In the traditional Hindustani context, tempo or laya is not measured in absolute terms. While different tempi are broadly classified as vilambit (slow), madhya (medium), drut (fast), and into further sub-categories like ati-vilambit (very slow) and ati-drut (very fast), these are not defined strictly by the number of beats counted in a single minute. Therefore, tempo in the Indian context is not an absolute concept but is relative.

Thus, vilambit is slow because it is slower than madhya, madhya is medium because it is between one’s perception of vilambit and drut, and drut is fast because it is faster than madhya. In practical terms, the absence of absolute measures or even a range of measures makes these notions of tempo more flexible, and compositions prescribed to be sung or played at a particular tempo may be presented at varying speeds on different occasions. Further, a composition may be accelerated during performance if the artist is inspired to explore it at a slightly faster pace.

For this week’s episode, we look at interpretations of a madhya laya or medium tempo composition sung by the same vocalist in three different contexts. The changes in tempi in all interpretations are quite evident.

The three recordings mentioned below feature the Indore gharana maestro and trendsetter Amir Khan. He sings a composition set to the 16-matra Teentaal in Lalit, a raag prescribed for the morning. The first track is from a concert recording. He follows this composition with a tarana in the same raag.

Listeners will notice that the maestro has sung the same composition at slightly different speeds in other concerts. But for this episode, we listen to two renditions recorded by him for films. The next track is from a Marathi film Ye Re Majhya Maglya (1955).

The composition was also included in a Hindi film Raagini (1958).

Sabalenka knocked out in third round, Serena sails through

England and Italy’s path to final, top performers and key battles to watch