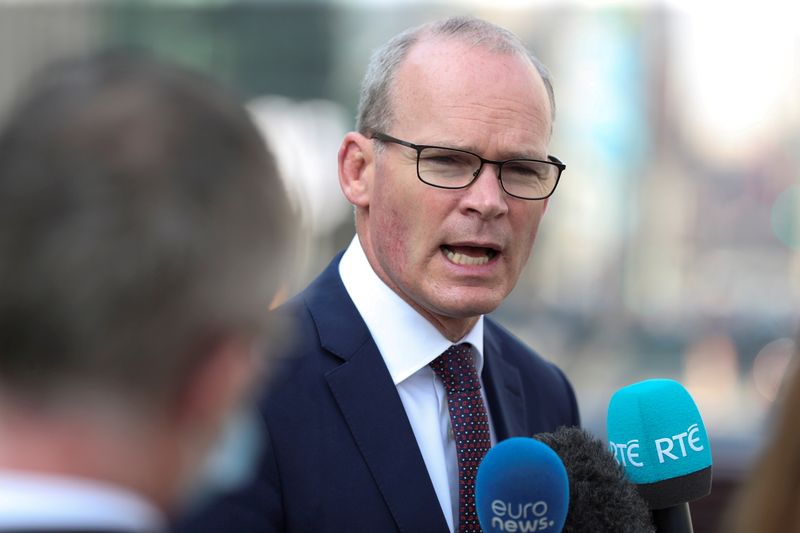 LONDON (Reuters) – Northern Ireland’s Loyalist Communities Council, which represents the views of loyalist paramilitaries, said Ireland was an errant government that had effectively instigated a Cold War with Northern Ireland over trade.

“The LCC requires urgently to know how HM government and the European Commission will deal with this errant government which has effectively instigated a state of Cold War against Northern Ireland and its people,” it said in a statement.

“Simon Coveney has declared a trade war against the United Kingdom.”

It said Ireland was using the Brexit disruption to diminish the flow of trade from Britain to Northern Ireland and to replace it with an enhanced north-south trade flow.

“This will disrupt and potentially end trading relationships within the United Kingdom that have endured for generations. It is intolerable and will not be allowed to succeed,” the LCC said.