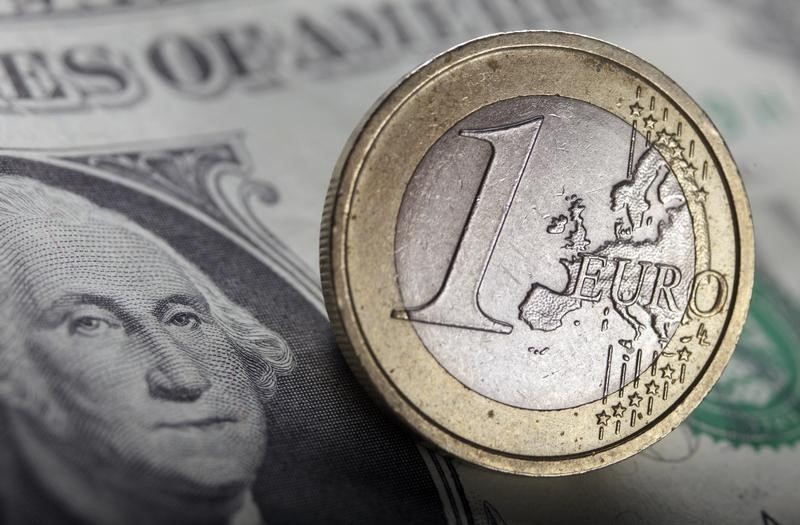 Investing.com – Analysts at Nordea have said they expect a stronger USD in the coming year as the Federal Reserve begins tightening monetary policy.

“The relative outlook between the Fed and the ECB will likely widen policy-wise over the coming year, leaving the EUR vulnerable versus the USD,” said Nordea analysts Andreas Steno Larsen and Jan von Gerich. “We expect the to deliver four hikes before the end of 2023, while the ECB is on hold.”

There is no doubt that the Fed is looking to reduce stimulus, beginning with tapering asset purchases, which most expect to commence before the end of the year.

The latest from the July meeting showed a majority now expects the process to slow asset purchases to begin before year end.

Nordea expect this to prove to be a strong USD scenario, as was the case in 2013/14 when the Fed tapered QE3.

“We target levels around 1.10 in over the forecast horizon [end-2023] and expect the bulk of the move to happen sooner rather than later,” Larsen and von Gerich said.

On rate hike timing, Nordea expects the first interest rate hike from the Fed in September 2022, followed by another three hikes in 2023.

On the European Central Bank, Nordea says December looks a likelier time to decide when the Pandemic Emergency Purchase Programme (PEPP) should end, expecting the ECB to begin to taper asset purchases only during the first half of 2022.

Larsen and von Gerich do not see any interest rate hikes from the ECB through the end of 2023.

Outside of the Fed, Nordea note that the is probably the most hawkish G10 central bank, apart from the Norges Bank.

They expect the BoE to hike the Bank Rate during the first half of next year and then only one more hike over the forecast horizon.

“This is a decently strong story for the GBP still, which is why we increase the scope for GBP strength against the EUR a bit across the forecast horizons,” Larsen and von Gerich wrote.

Nordea says that commodity-related currencies and those which are linked to China – such as , , and – may struggle to perform this Autumn since China is “visibly slowing” due to renewed Delta restrictions.