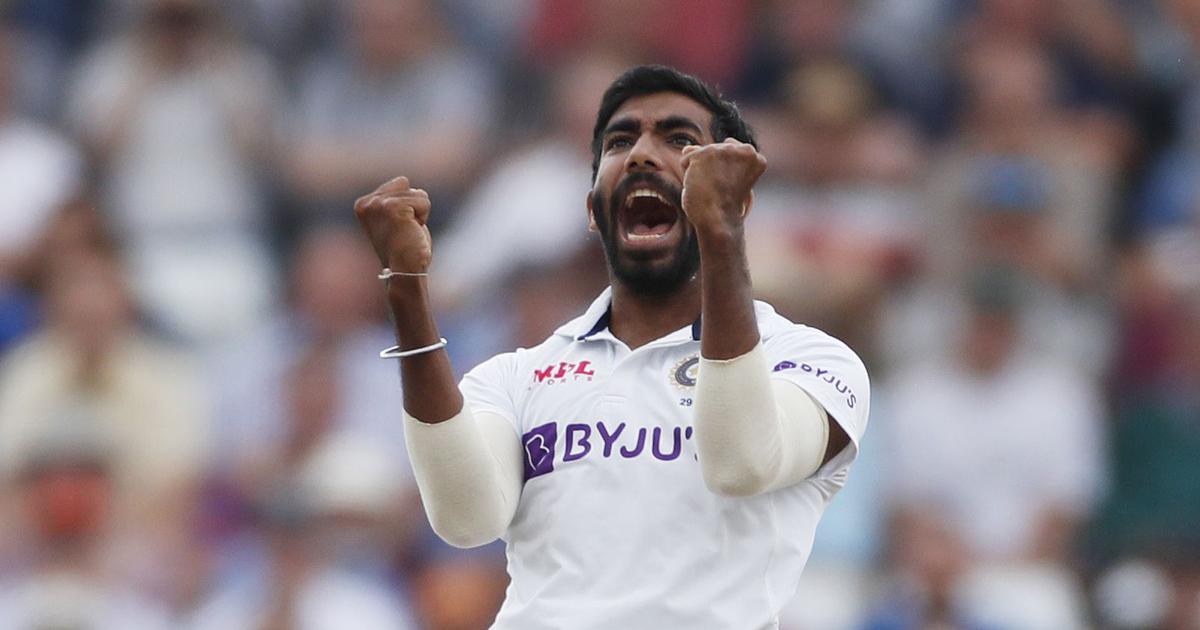 Jasprit Bumrah was in the middle of his first spell on Saturday morning when the camera panned to him standing at fine-leg. He was taking deep breaths with his eyes shut. England’s openers were putting on a partnership and perhaps, he was trying to calm himself down and remain focussed on his plans.

Whatever it was, it did the trick. Bumrah got his first wicket of the innings with a wonderful delivery to Zac Crawley that was angled in and nipped away to take the outside edge. And by the end of the day, he had a five-for to his name along with a match haul of nine wickets.

The leader of India’s bowling attack had found his zone, leaving his team in a strong position to march towards victory.

About a month and a half ago, Bumrah was going through a difficult phase. India had lost the World Test Championship final to New Zealand and he bowled 36.4 overs in that match without getting a wicket. India’s strike bowler could not quite deliver in arguably the team’s most crucial Test. Naturally, criticism followed. He has a reputation of making something happen out of nothing but in that match, the 27-year-old could not find his groove at any point.

Now, in the all-important first Test of the series against England, instead of trying to deliver magic spells, Bumrah reaped the rewards of patience and put in the hard yards to earn his wickets.

For their second innings, England used a heavy roller at the start and on Saturday morning too. With the sun shining bright as well, the pitch was flat throughout the day and wickets weren’t easy to come by. But Bumrah was ready to toil away.

He kept attacking his spot outside off and didn’t deviate from his plan. Some balls would straighten after angling in, some would pitch a bit wide and cut back in. Even as England captain Joe Root hit a masterful ton and anchored his team’s innings by building a number of partnerships, Bumrah stuck to his guns and kept creating pressure from his end. After getting Crawley in his first spell, he returned to the attack to get rid of the well-set Dom Sibley.

But it was only after India took the second new ball that Bumrah was truly rewarded for his hard work. Just as he had done in the first innings, the right-arm pacer was ready to deliver a fiery spell in the final session of the day.

He claimed the big wicket of Root in the first over with the second new ball by getting one to cut away ever so slightly for the edge. Next, Sam Curran was cramped for room by a ball that climbed on him sharply. The left-hander just about managed to get his bat on it and offered a simple catch to mid-on. And finally, he completed a five-wicket haul by bowling a searing in-swinging yorker to rattle Stuart Broad’s stumps.

“I didn’t make a lot of adjustments after the WTC final, to be very honest,” said Bumrah in the press conference after Saturday’s play.

“Just the mindset adjustments. Probably not looking at the end result a little too much and being in the moment, backing my skills. I’m not trying to make changes, just looking to improve my game all the time and trying to add new things, but carrying the things that I still have.”

Bumrah did show his full bag of tricks. He moved the ball both ways from over the wicket as well as round. He was devastating with the new ball and also tested the batsmen with the older ball. But through it all, what stood out was how he persevered. He never seemed to be in a rush to get wickets and, as the cliche goes, trusted the process.

Virat Kohli has a wealth of fast bowlers at his disposal but Bumrah remains the leader of the pack. India are aiming for an elusive Test series win in England, and the start that their strike bowler has gotten off to is a positive for the visitors. The deep breaths and the will to be in the moment only add to the promise.