Domestic equities, despite trading positively for most of the session, gave up a large portion of gains towards the end of the day as concerns of rising COVID-19 cases continued to weigh on investor sentiment 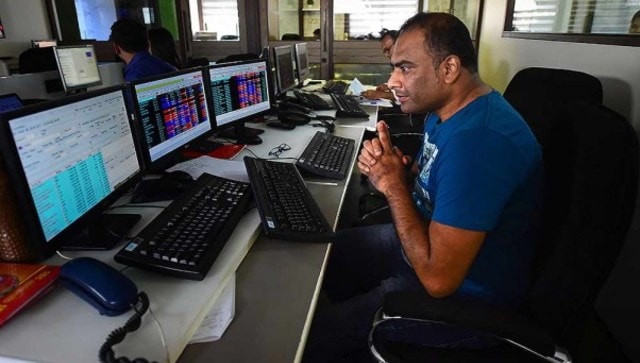 Market indices closed flat on Thursday, 8 April amid a highly volatile session. It was dragged mainly by the stocks of the banks. BSE Sensex had breached the 50,000 mark earlier in the day but lost the momentum later. This was the third consecutive session when the market has given a positive ending.

The BSE Sensex gained 84.45 points or 0.17 percent to close at 49,746.21. UltraTech Cement, Titan, Tech Mahindra, Nestle India and TCS were the top gainers. While the laggards for the day included IndusInd Bank, ONGC, Bajaj Auto, Sun Pharma and HDFC Bank.

IndusInd Bank witnessed a 1.07 percent fall in its share prices to settle the day at Rs 935.35.

The NSE Nifty closed higher at 14,873.80, up 54.75 points or 0.37 percent. Talking about the sectors, Nifty Auto and Nifty FMCG closed below 1 percent while Nifty IT surged 1.18 percent. However, Nifty Pharma gave a negative ending by falling 0.037 percent.

Domestic equities, despite trading positively for most of the session, gave up a large portion of gains towards the end of the day as concerns of rising COVID-19

Financials witnessed profit-booking and dragged the market. Barring financials, most of key sectoral indices traded in the green with metal index remaining an outperformer.

“Expectations of steady 4QFY21 earnings and weakening INR continued to attract investors’ interest towards IT stocks,” he noted.

While softening of bond yields and crude prices in recent period offered some comfort to markets, a sharp depreciation in rupee in the last couple of trading days could be a new worry for investors, which can also have an impact on FPI flows, he added.

Elsewhere in Asia, bourses in Shanghai, Hong Kong and Seoul ended on a positive note, while Tokyo was in the red.

Stock exchanges in Europe were largely trading with gains in mid-session deals. Meanwhile, the global oil benchmark Brent crude was trading 0.44 per cent lower at USD 62.88 per barrel.