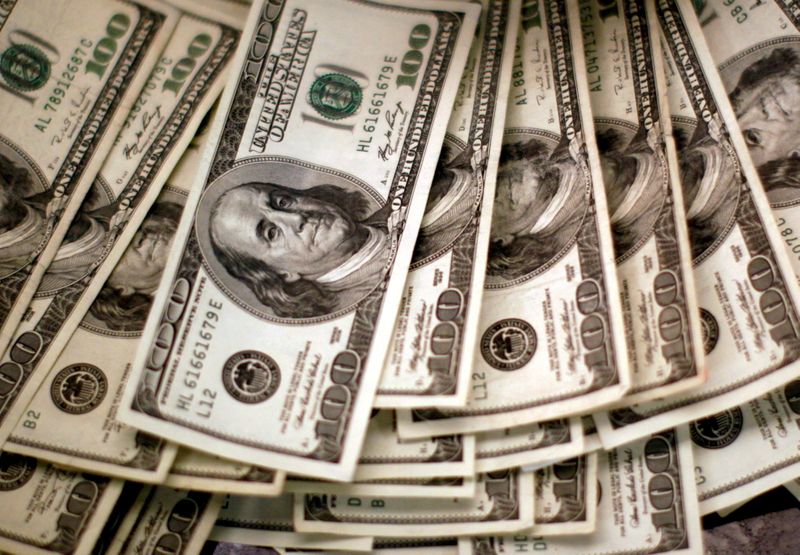 LONDON (Reuters) – The euro hit a five-month low against the Swiss franc on Thursday, and the U.S. dollar nursed losses after dovish comments by the Fed chief broke a recent rise in Treasury yields.

Growing signs of a slowdown in China and a rise in COVID-19 cases globally stemming from the more infectious Delta variant pushed safe-haven government bond yields lower, and the dollar weakened against the franc and the yen.

“This has been triggered by a change in the market narrative i.e. from inflation scare to growth scare,” said Vasileios Gkionakis, head of FX strategy at Banque Lombard Odier & Cie SA.

Against the Swiss franc, the euro slipped to a five-month low of 1.0813 francs per euro, its lowest level since mid-February.

The franc’s appeal as a safe-haven currency has been boosted by the rise in COVID-19 cases. Its strength also comes after the Swiss central bank chief rejected introducing a higher inflation target to help policymakers reach its goal of price stability.

In testimony to the U.S. Congress, Fed Chair Jerome Powell said the U.S. economy was “still a ways off” levels the central bank wanted to see before tapering its monetary support.

Powell’s dovish comments came against the backdrop of Chinese data that showed the economy grew slightly more slowly than expected in the second quarter, weighed down by higher raw material costs and new COVID-19 outbreaks.

With COVID-19 cases rising, investors are gradually turning bearish on growth-oriented currencies. Investors piled bearish bets on most Asian currencies, with the Thai baht and Philippine peso taking most of the heat, according to a Reuters poll.

The rise in COVID-19 cases also weighed on the greenback though the euro steadied against the dollar at $1.1831, recovering from an early April low of $1.1772 hit before the Powell testimony in the previous session.

Against a broad basket of currencies, the dollar steadied at 92.41 despite 10-year benchmark U.S. Treasury yields extending their decline for a second consecutive session. [US/]

The British currency was also among the rare outperformers against the dollar after Bank of England interest rate-setter Michael Saunders said the central bank could decide to stop its current programme of government bond purchases early after an unexpectedly sharp rise in inflation.

Sterling climbed 0.2% to $1.3815 as money markets ramped up bets of rate increases in coming months, with June 2022 futures now pricing in 18 bps in cumulative hikes compared to 9 bps on Wednesday. [GBP/]

The Canadian dollar also weakened on Thursday – with help from softening oil prices – even though the Bank of Canada further tapered its policy support on Wednesday.