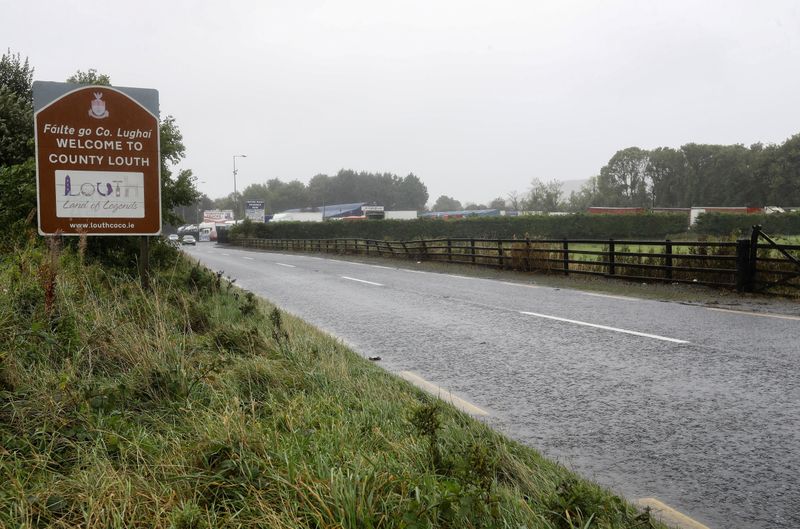 LONDON (Reuters) – Britain has demanded the European Union give it more time to solve the post-Brexit Northern Irish border riddle, proposing to phase in checks on food from October, the BBC said on Monday, while Ireland said the deal needed to be made to work.

After the United Kingdom left the European Union’s orbit at the start of this year, checks and tariffs were introduced on some goods moving from mainland Britain to Northern Ireland, which has a land border with EU member Ireland.

The checks triggered anger and a perception among pro-British unionists in Northern Ireland that the Brexit deal divides them from the rest of the United Kingdom, a shift they say could sink the 1998 peace deal that brought an end to three decades of violence there.

British Prime Minister Boris Johnson, who had promised there would be unfettered trade between Northern Ireland and the rest of the United Kingdom, unilaterally extended a grace period on certain checks to minimise supply disruption, a move Brussels said breached the Brexit divorce deal.

Now Britain is asking the EU to introduce checks slowly, according to the BBC. From October, checks on fresh meat products could begin, extending to dairy products, plants and wine from the end of Jan. 2022, the BBC said.

A spokesman for Johnson said Britain wanted solutions to be found rapidly and called on the EU to take a “risk-based approach” to trade with Northern Ireland.

After British negotiator David Frost said the Northern Ireland Protocol would not be sustainable, Ireland is increasingly concerned that Johnson wants to completely revise the deal, RTE reported on Monday.

But Irish Prime Minister Micheál Martin said he did not get an immediate sense from his meeting with Johnson that London wanted to rewrite the trading arrangements.

“We were very clear and are very clear that this is an international agreement, commitments have been made and it needs to be worked, and the processes that are in it need to be worked also,” Martin told an online event when asked about the report.

Preserving the delicate peace without allowing the United Kingdom a back door into the EU’s single market via the Irish border was one of the most difficult issues of nearly four years of tortuous talks on the terms of Britain’s exit from the bloc.

Some fear the dispute over the Northern Ireland protocol, designed to prevent a “hard” border, could spill over into violent protest in the province in the coming months.

“EU and UK officials should urgently sit down with the major supermarkets to understand the issues and agree robust and practical controls which work for households across NI,” said Andrew Opie, director of food & sustainability at the British Retail Consortium.

Dollar Up Ahead of U.S. Inflation Data, Pound Moves on BOE Rate Hike Expectations By Investing.com

Dollar jumps on jobs report to highest this week By Reuters