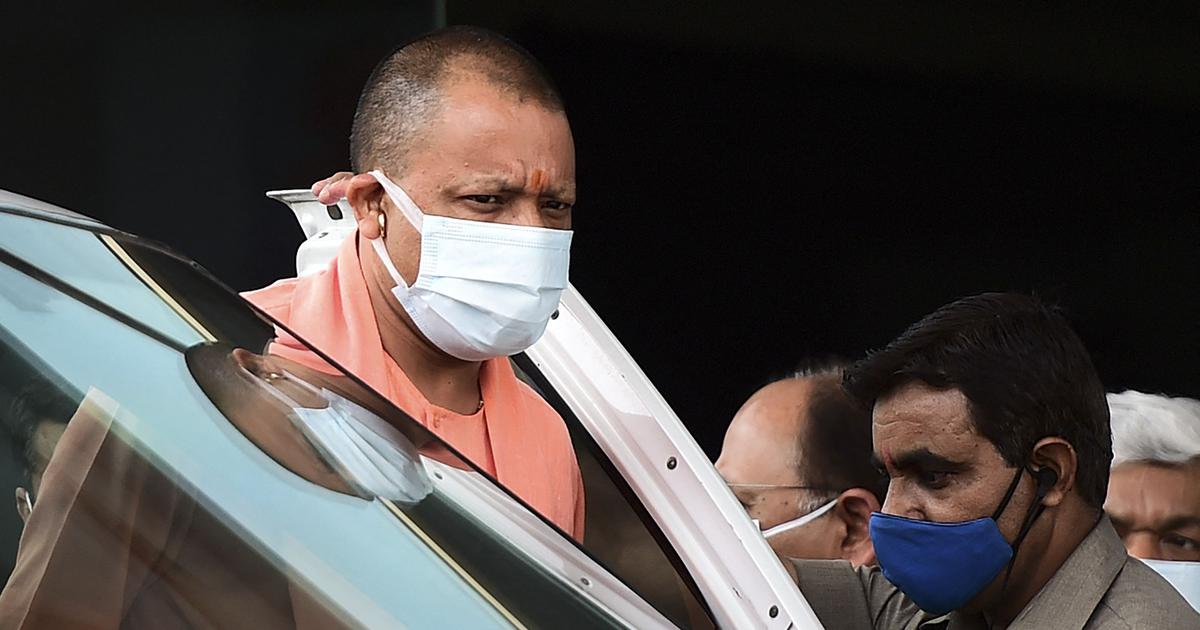 Uttar Pradesh Chief Minister Adityanath on Wednesday claimed that his government had managed to tackle the second wave of the coronavirus pandemic well given the predictions of health experts.

“The world’s experts said that by the end of May and starting of June, the situation in Uttar Pradesh would be very bad,” the chief minister said at an event organised by The Indian Express. “Today is June 23, and only 208 Covid positive cases have been reported in the state. One of our districts, Mahoba, is free of Covid.”

Twelve districts had zero positive cases and 52 districts reported cases in single digits on that day, he said. “It was being predicted that by May-end and June, there will be 3.5 lakh active cases in UP. The same state has 3,666 active cases,” Adityanath added.

However, data from the Civil Registration System has showed that 24 districts in the state recorded 1,97,000 more deaths between July 2020 and March 2021 than in the corresponding period the previous year. The mortality rate was 110% higher than the same period the previous year. The number of deaths was 43 times higher than the official Covid-19 toll in these nine months.

This does not even factor in the peak of the second wave of the coronavirus pandemic, which hit India in April and May. Although not all of the excess deaths would be from Covid-19, the diversion of healthcare resources for people with the coronavirus disease meant many patients with other ailments may have failed to access treatment.

Speaking at the event, Adityanath accused “some people” of spreading misinformation about his management of the pandemic. “People even went to the extent of saying that Covid-19 was out of control in UP,” he said.

But, several Bharatiya Janata Party ministers and MLAs have voiced grievances against their own government. Reports of bodies piling up at crematoriums and severe shortage of beds in hospitals had emerged during the peak of pandemic. Private testing labs in state capital Lucknow turned away residents, saying they received “orders from the administration to not test”. Additionally, images of bodies of Covid patients floating in rivers or buried in sand along riverbeds had triggered outrage.

Even as Adityanath defended his government’s handling of the health crisis, bodies that were buried in the sandbanks of the Ganga river in Prayagraj district have floated up in the last few days as the water level rose due to monsoon rains.

The chief minister told The Indian Express that burial by the river is a long-standing tradition of those living nearby.

Earlier this month, BJP’s National General Secretary (organisation) BL Santhosh led a central mission to Lucknow for review meetings. This was the first time that senior BJP leaders and ministers participated in such meetings since Adityanath became the chief minister in 2017.

There was speculation that Adityanath would be removed as Uttar Pradesh chief minister because of poor handling of the health crisis. But BJP Vice President Radha Mohan Singh claimed that the state government’s handling of the coronavirus pandemic was “unparalleled”.