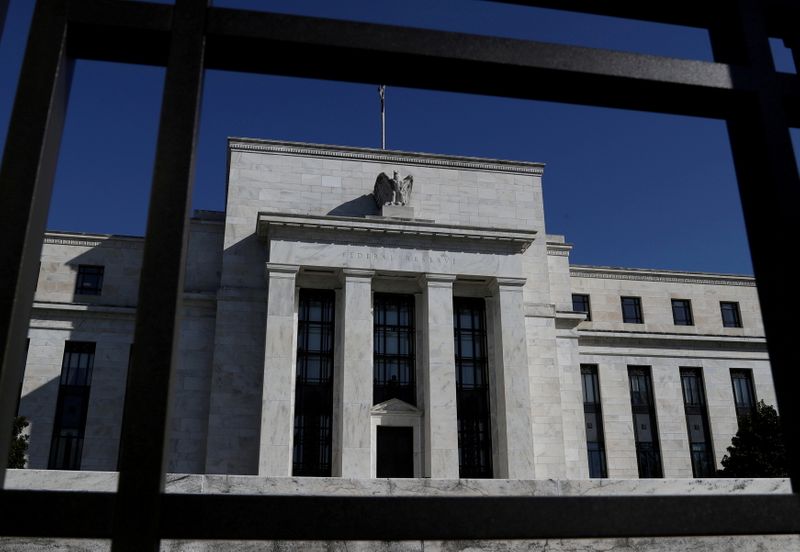 (Reuters) – Federal Reserve officials recently have amped up the tone and tempo around their exploration of a digital version of the U.S. dollar, a high-stakes undertaking for the central bank backing the world’s reserve currency.

Last week Fed Chair Jerome Powell issued a rare public video to announce plans for a discussion paper on digital payments this summer, which will include the pros and cons associated with any U.S. central bank digital currency, or CBDC.

He was followed on Monday by Governor Lael Brainard, who leads the Fed’s efforts on financial stability and payment systems, laying out what risks may arise if the fast-developing digital payment space gets too fragmented. Brainard emphasized it was “vital for the United States to be at the table in the development of cross-border standards” given that some foreign central banks, like China’s, have already started rolling out digital currencies of their own.

Here’s a look at where the Fed’s efforts stand:

FIRST, WHAT IS A CBDC?

Central bank digital currencies differ from cryptocurrencies such as bitcoin, which are decentralized and can fluctuate wildly in value. A CBDC would give whomever holds it – be it a business, a person or a government – a direct claim on that central bank, the same as physical cash.

WHAT ARE SOME POTENTIAL BENEFITS OF A U.S. CBDC?

As Brainard put it: “A guiding principle for any payments innovation is that it should improve upon the existing payments system.”

To that end, a CBDC might expand access to the banking system for people who are currently locked out by high fees or other barriers. It could also be a more efficient way to distribute government payments, such as those sent to households during the pandemic and possibly more routine disbursements such as monthly Social Security checks.

And, as new forms of private money like “stablecoins” proliferate, a Fed-sponsored CBDC could stand as a safe alternative for consumers and businesses because the private issuers may not always be able to honor their liabilities whereas the Fed always can, Brainard said.

WHAT ARE THE RISKS?

The dollar is the world’s reserve currency, giving the U.S. government privileged status as a borrower on global markets. It accounted for nearly 60% of official global foreign exchange reserves at the end of 2020, according to International Monetary Fund data. , by contrast, accounts for just 2.25%.

Any misstep in developing and deploying a U.S. CBDC that undercuts that status could harm the country’s financial standing. With more than $21 trillion in federal debt, that is a top consideration for the Fed.

The dollar is also the dominant currency for cross-border transactions, and economies around the globe could be disrupted if a digital dollar were to become unstable.

As private money platforms gain popularity, Brainard warned, the payments system could become too fragmented – as it did in the 19th century when individual banks produced their own paper scrip – and introduce unwanted volatility and inefficiency.

“A predominance of private monies may introduce consumer protection and financial stability risks because of their potential volatility and the risk of run-like behavior,” she said.

WHERE DO THE FED’S EFFORTS STAND?

In addition to the paper Powell announced, the Fed is doing its own research and is working with international groups such as the Bank for International Settlements.

The Boston Fed is also working on a multi-year research project with the Massachusetts Institute of Technology examining the technology that could be used for a CBDC. They expect to release the first phase of their findings, including a paper and some open source code, as early as July.

CAN THE FED CREATE A DIGITAL DOLLAR ON ITS OWN?

No. Powell made it clear that congressional action would be required before a digital currency could be developed. Some lawmakers, including Senate Banking Committee Chairman Sherrod Brown, have expressed interest in a digital dollar as a way to improve financial inclusion. But Congress appears a long way from acting, and no official decision has been made yet on whether there will be a digital dollar.

ARE OTHER COUNTRIES DOING THIS?

The United States is among 75 countries researching or developing CBDCs, according to research from the Atlantic Council https://www.atlanticcouncil.org/blogs/econographics/the-rise-of-central-bank-digital-currencies. China is racing ahead and is currently piloting a digital version of the yuan, with plans to increase usage ahead of the 2022 Winter Olympics in Beijing. The Bahamas became the first central bank to officially launch a CBDC in October of 2020.

Powell says the Fed will not be rushed. “It is far more important to get it right than it is to do it fast,” he said last month.

COULD IT CHANGE THE BANKING SYSTEM?

That is possible, but uncertain.

Today most people and businesses deposit their cash at a commercial bank. In theory, a CBDC could mean they no longer need a bank to store their money, and some research suggests there may be a risk that many choose to pull their money out of banks, especially those seen as weak.

At the same time, Brainard said some research indicates a CBDC could lower banking costs and lead to an increase in overall deposits.

A U.S. CBDC, she said, would need to be designed with “safeguards” in place to prevent the disintermediation of banks. That is especially important because of the vital role banks play in the Fed’s conduct of monetary policy.