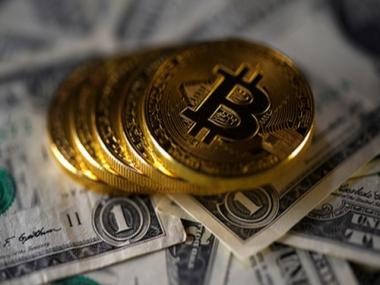 For Bitcoin enthusiasts, first, the good news. It is reported that mining difficulty for the world’s largest, and most valuable, cryptocurrency just dropped by more than a fourth. Which means, it is now easier and more profitable to mine Bitcoins.

However, if one scratched beneath the surface, it would become evident that the easing of in mining difficulty is a move that is linked ultimately to the high environmental cost that the activity was seen as extracting. Authorities in China, which accounted for as much as 65 percent of the global production of Bitcoins last year, have cracked down on mining after it became evident that miners were using up massive amounts of energy.

But what makes Bitcoin mining a concern for ecologists? Here’s what you need to know.

What is cryptocurrency mining?

What makes Bitcoin unique is that it is nothing like existing currencies in either the way it is built or how it functions. For starters, while it is called Bitcoin, it is neither a coin nor any kind of paper money but just lines of computer code. While conventional coins and notes are either struck or printed at a mint, Bitcoins are created through a function integral to how the network itself operates.

Bitcoin and other cryptocurrencies are what are known as decentralised money. That is, they are not controlled by a central bank like, say, the Reserve Bank of India, which decides the monetary policy for the country. The RBI gives directions to banks on everything from liquidity to interest rates and the banks in turn execute the directives and also keep a track of the money you keep with them. When you withdraw cash or spend money via cards or digitally, the bank makes a note of it and accordingly adjusts your balance. The people you transact with don’t get to know how much money you have in bank as long as the transaction is smoothly done.

Transactions via the Bitcoin are undergirded by the blockchain technology and are tracked via the distributed ledger system. That is, all transactions on the Bitcoin network are visible to every computer that is a part of the network and there is no central authority or bank that tracks the movement of the cryptocurrency. How these transactions are verified and recorded lies at the heart of the blockchain and how Bitcoin is mined.

Why does mining require so much energy?

The Bitcoin network adds transactions to the distributed ledger in the form of blocks. These blocks get added to preceding blocks, thus creating the blockchain. But adding these blocks is not a simple matter of typing in some information and uploading it to the network, because that would mean that anybody could enter any amount in the ledger and compromise its integrity.

To verify transactions and add new blocks to the blockchain the Bitcoin network requires that the transactions are first verified. This is where miners come in. You see, verification of Bitcoin transactions is a very complicated process requiring the cracking of a code, which gives these currencies the prefix of crypto, which comes from cryptography, the art of writing or solving codes.

The code that has to be solved before a transaction is included in a block and the block is added to the blockchain though is not a simple one and that is why miners require awesome computing power to crack it. And, as an incentive for devoting the computer power needed to verify transactions, the miners are rewarded in Bitcoin. Mining, in short, is the process by which the Bitcoin ledger is maintained and new Bitcoins are created.

How much energy do miners use?

The only way in which Bitcoin miners can crack the code is through trial and error and reports say that “the odds of solving the problem are about one in 5.9 trillion”. Cracking this problem allows the miners to provide what in Bitcoin jargon is known as ‘proof of work’ for which they can seek the reward. Which is why the computers or processors that are vying to solve the Bitcoin puzzle need to practically run continuously. And, because processors tend to heat up, they require large amounts of cooling.

The Bitcoin Electricity Consumption Index run by the Cambridge Centre For Alternative Finance (CACF), says that if Bitcoin were a country, it would have only 41 countries ahead of it in terms of total annual power consumption. At 65.95 terawatt hours (TWh), Bitcoin uses more energy every year than the likes of Venezuela (65.65 TWh) or Israel (56.4 TWh).

How did it become easier to mine Bitcoin?

It actually had become so difficult to mine Bitcoins that miners started using even more computing power and energy for the purpose. Because Bitcoin has kept growing in value – despite some big fluctuations – more and more people are signing up on the network and even greater numbers of people are now involved in mining the cryptocurrency.

But as China cracked down on mining rigs, which is what the collection of processors are called, the Bitcoin network has now made changes to its algorithm that makes it easier to mine the currency. In fact, computing power on the network, known as the hashrate, has dropped by more than 54 percent since May.

With mining in China likely off the network, there are fewer miners, which in turn means fewer transactions are verified. Reports said that while it used to take about 10 minutes to complete a block, reduction in mining activity has meant that it now takes between 14 to 19 minutes to add a block. Which is why Bitcoin can adjust the difficulty level for mining blocks after every 2016 blocks are added. But no people or body decides what algorithm to set, it is reportedly handled by the network itself, given Bitcoin’s decentralisation mantra.

But everybody from Tesla CEO Elon Musk to governments and think tanks and activists have flagged how Bitcoin is so high on energy use. But an improvement upon Bitcoin’s mining principle has already been proposed with newer cryptocurrencies now adopting what is known as ‘proof of stake’ protocols, which require that people must have a stake in the blockchain to be able to verify transactions. By doing away with mining, proof of stake is expected to save much of the energy that now goes into creating cryptocurrency tokens.